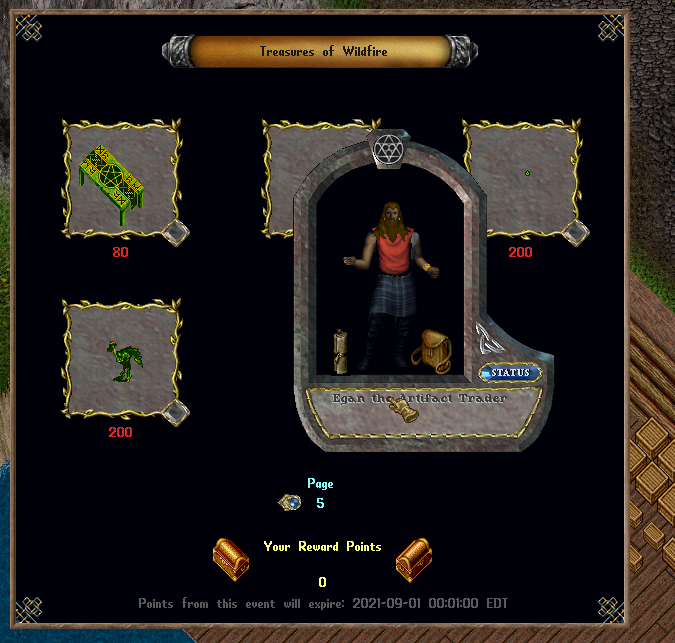 Following the defeat of Holmes’ abomination and the freeing of master artisan Yukio a new an enigmatic figure has emerged – Elidyr.  A spellweaver from centuries ago, he unlocks the secrets of Wildfire and warns of a coming doom that will test Britannians to the core!  Ready your blades and bows and cast your spells as we embark on a new bold adventure in, Treasures of Wildfire! creatures have taken over Dungeon Fire!

With many rewards to collect there is something for everyone!